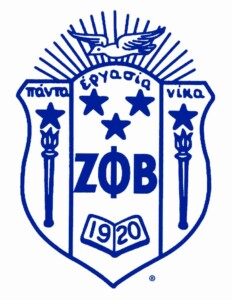 Zeta Phi Beta Sorority, Inc. was founded January 16, 1920 on the campus of Howard University in Washington, D.C. as the sister organization to Phi Beta Sigma Fraternity, Inc. by five co-eds. Theses women dared to depart from the traditional coalitions for Black women and sought to establish a new organization predicated on the precepts of Scholarship, Service, Sisterly Love, and Finer Womanhood. The trail blazed by our founders has been traversed by thousands of woman dedicated to the emulation of the objectives and ideals of the Sorority. The Sorority was the first Greek-letter organization to charter a chapter in Africa (1948); to form adult and youth auxiliary groups, the Amicae, Archonettes, Amicettes, and the Pearlettes; and to be constitutionally bound to the brother organization, Phi Beta Sigma Fraternity, Incorporated.

A nonprofit organization, Zeta Phi Beta is incorporated in Washington, D.C. and in the state of Illinois. The Sorority is supported by the dues and gifts of its members, friends, and corporate sponsors.

Zeta Phi Beta Sorority would be remiss in not paying homage to the first women who believed in the need for a new and different type of Greek-lettered organization and acted upon that need. To these women, Arizona Cleaver (Stemons), Myrtle Tyler (Faithful), Viola Tyler (Goings), Fannie Pettie (Watts), and Pearl Anna Neal; Zeta was more than an organization-it was a movement, a belief system that reflected, at its core, the desire to provide true Service, to embrace Scholarship, to set a standard for Sisterly Love and to define the noble concept of Finer Womanhood. This belief has sustained and encouraged Zetas around the world to hold fast to the ideals initiated and developed by its earliest members.

The Founders of Zeta were strong, principled coeds who possessed a great deal of modesty, strength of character and pride in academic achievement. They are indeed a worthy foundation upon which to base our illustrious Sorority.

We're not around right now. But you can send us an email and we'll get back to you, asap.